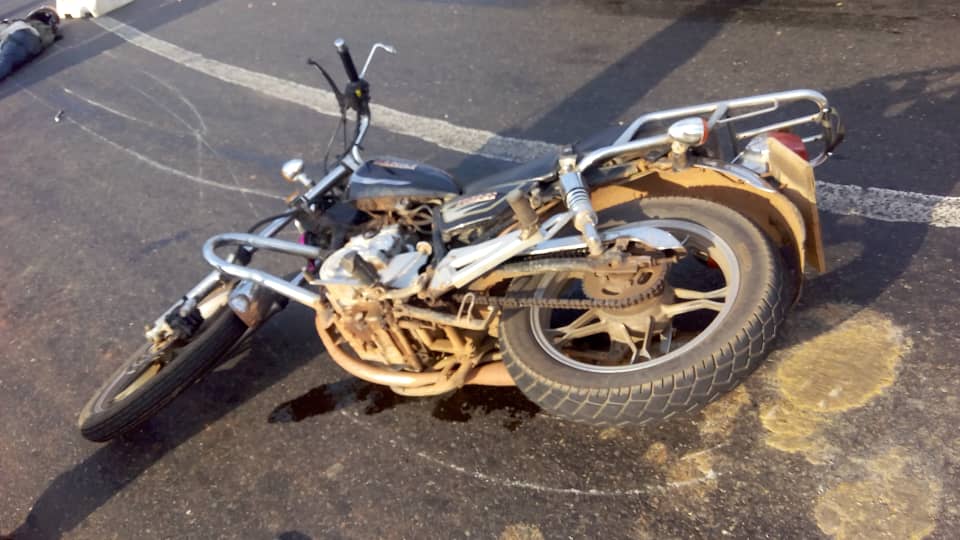 Three persons have been confirmed dead after a commercial bus collided with a motorcycle at Adeiso in the Eastern Region on Saturday.

Eight others sustained various degrees of injuries and were rushed to the Adeiso Hospital and Nsawam Government Hospital for treatment.

According to the police, the three deceased persons, who were students of the Adeiso Presbyterian Senior High School, were all on the same motorcycle when the crash happened. “So far we have been able to save eight persons who were onboard the Hyundai vehicle. Some of them were rushed to Adeiso hospital for treatment where they have been treated and discharged and four of them were also sent to Nsawam Government Hospital,” the Adeiso District Police Commander, ASP Baffour Awuah said in an interview on Accra-based radio station, Citi FM. ASP Awuah added that investigation will commence to unravel the cause of the crash. “All the three persons who were on the motorbike lost their lives. Tomorrow we will do our investigations to be able to identify the persons who are dead and also their families and also try to unravel the cause of the accident and see who is to be blamed,” he added. By: ABDUL EL AZIZ FUSEINI